Infor Process Automation (IPA) communicates with other servers over the network – using for example the WebRun, Web Service, SQL Query, and Email activity nodes – but it lacks the ability to dump the network traffic for troubleshooting purposes. Here are my solutions.

And IPA has other activity nodes for products such as Landmark, Lawson, ION, Cloverleaf.

IPA and Infor Process Designer (IPD) will only show a fraction of the network traffic. For example for the WebRun activity node it only shows the HTTP response body, and unfortunately it discards the rest of the useful information.

Wireshark can naturally intercept traffic from IPA and IPD.

Here are my screenshots for the WebRun activity node:

We get the entire HTTP request (header and body) and HTTP response (header and body). From that traffic we learn useful information about the WebRun activity node. For example, we learn what is the User-Agent String being used, we learn that IPA only uses the POST method (not GET), we learn that IPA automatically adds a leading slash to the URL path even if we don’t want it, and we learn that some versions of IPA have a bug in the Content-Type that always sets it to application/x-www-form-urlencoded even if we set it to something else. And we have the rest of the data to do the troubleshooting we may need.

And here are my screenshots for the Web Service activity node: 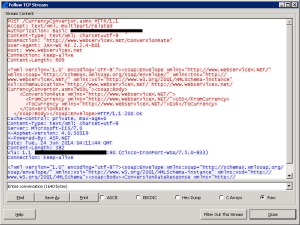 Here is a screenshot for the Email activity node:

You can also decrypt HTTPS traffic (encrypted) of internal servers for which you have the private keys, such as M3 Web Services. For that, you can follow my previous post on how to decrypt Smart Office HTTPS traffic. I haven’t applied it here yet as I don’t have the server’s private keys so I can’t show you if it works or not, but I’m confident it would work.

To set a proxy for IPD, open the IPD ini files and add the following arguments for the JVM: 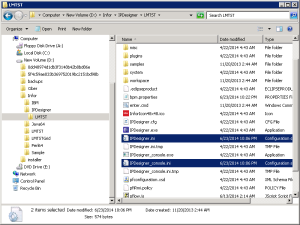 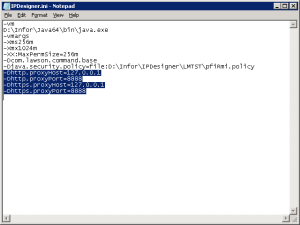 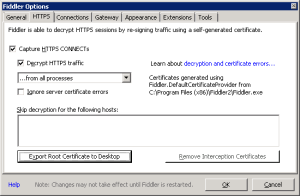 And now you can intercept encrypted traffic from IPD as for example M3 Web Services in this screenshot:

That’s it! If you liked this, please follow this blog, leave your comments, and share around you.

One thought on “Intercept network traffic from Infor Process Automation”