I will re-visit the HTTPSyncIn and HTTPSyncOut communication channels of Infor M3 Enterprise Collaborator (MEC) as a follow-up of my previous posts part 3 and part 6.

TL;DR: It turns out there is no obligation to use a channel detection, we can use any of the available detections (e.g. XML detection). Also, it turns out we can re-use the HTTPSyncIn in multiple agreements (i.e. shared port).

As for MEC, an HTTPSyncIn and its port number can only be used in one agreement; otherwise MEC will throw “Target values already defined”:

It turns out the HTTPSyncIn persists the message to disk and queues it for detection and processing:

That means I do not have to use a channel detection in the agreement, I can use any of the other detections, such as XML or flat file detection.

Like previously, setup one HTTPSyncIn (e.g. port 8085), it will apply to the entire environment: 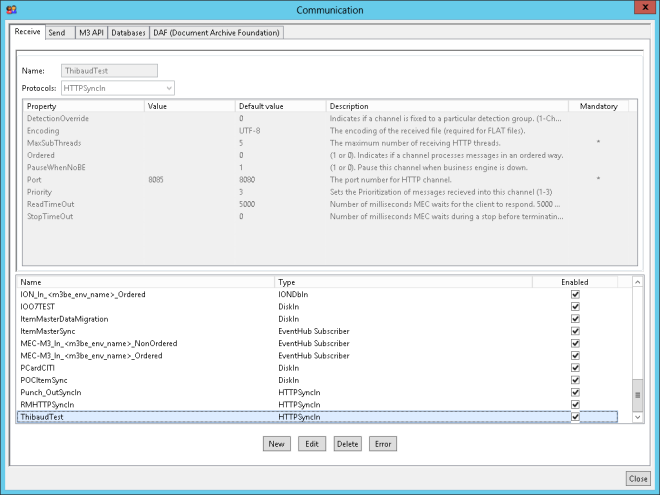 And like previously, setup one HTTPSyncOut, it can be used by any agreement: 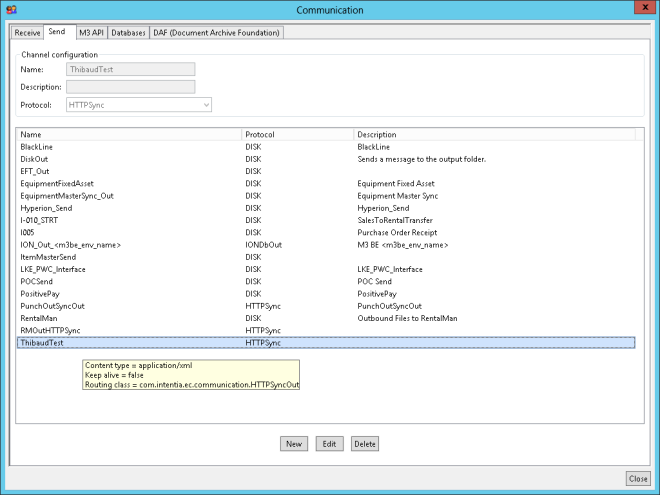 Setup as many XML detections as needed, e.g.: 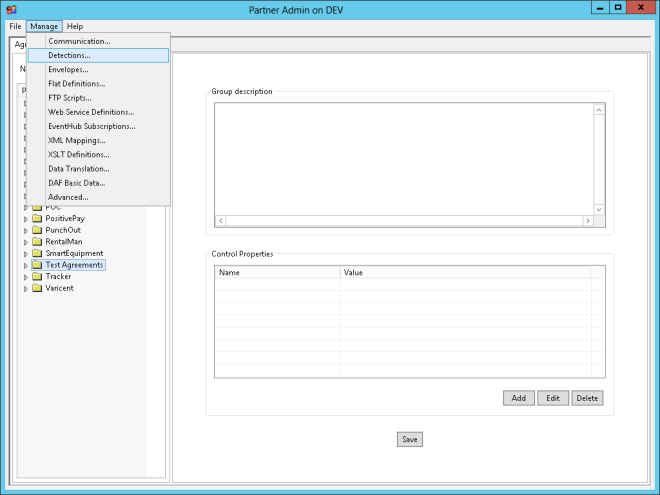 In the processes, like previously, use the Send process with the HTTPSyncOut: 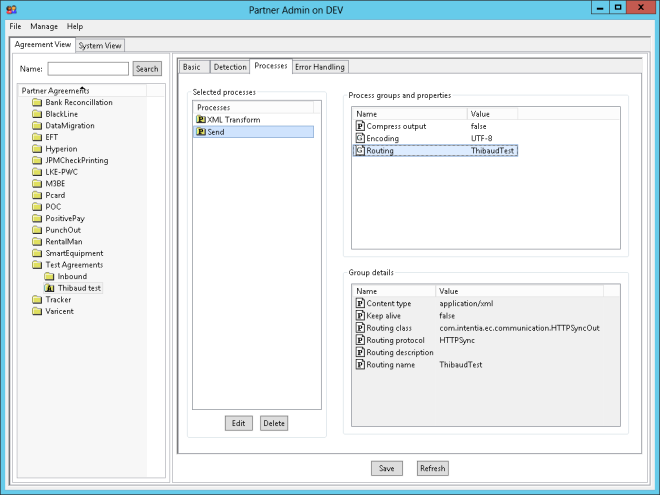 If you use nginx for HTTPS, setup one server block only for all agreements (instead of one per agreement), listen on any port (e.g. 8086) and forward to the HTTPSyncIn port (e.g. 8085):

Those were my latest findings on the easiest way to setup HTTPSyncIn in MEC to receive HTTP(S) when having multiple agreements. My previous recommendation to use one channel (one port) per agreement does not apply anymore. Everything will go through the same port, will be persisted and queued, and MEC will iterate through the detections to sort it out and process. I do not know if there are any drawbacks to this setup; for future discovery.