Here is a technique to intercept and decrypt the TLS (HTTPS) network traffic from the Infor Grid using Wireshark and the server’s private keys.

Why does it matter?

We could use Wireshark to intercept all network packets but if the traffic is encrypted with TLS (HTTPS) it’s unreadable. In public-key cryptography, a client and server initiate a TLS connection using asymmetric cryptography, and then switch to symmetric cryptography for the rest of the session. Fortunately, the Wireshark SSL dissector can decrypt traffic if we give it the server’s private keys. I had previously showed this technique a long time ago to decrypt Lawson Smart Office traffic and more recently to intercept un-encrypted IPA traffic. This time I update the technique for encrypted traffic of the Infor Grid.

Don’t get exited about hacking and don’t freak out about security because this technique is only available for those administrators that have access to the servers private keys and passwords.

First, we will need to find the Infor Grid’s private keys and passwords. I don’t do Grid installations so I don’t know where the keys are stored (if in the same path on any Grid, or if at a path defined by the installer), nor how the keys are generated (if automatically by the Grid, or if manually by the installer). In my case, I was testing on two different Grids and I found the keys in LifeCycle Manager (LCM) server at these two different paths:

This non-consistency tells me the path is defined by the installer.

Here is a screenshot: 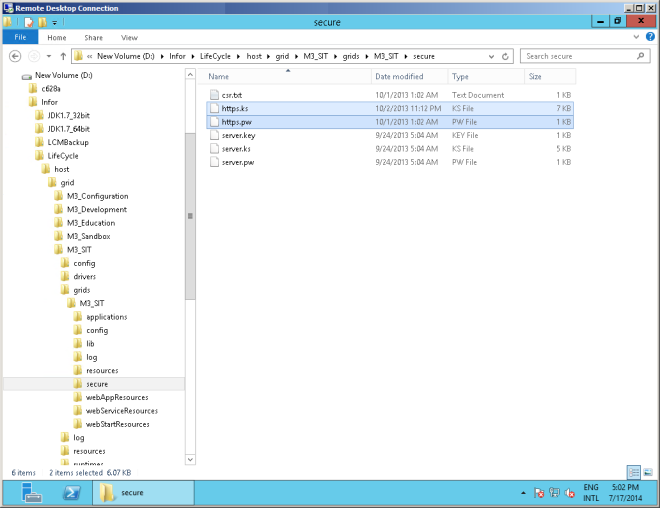 The paths contain many files of type *.ks and *.pw. The KS file type is a keystore encrypted with a password. The PW file type is the password in clear text; it looks encrypted but it’s just long random clear text. In my second Grid, there were about 50 pairs of files where the file names seem to follow a specific naming convention. That tells me the keys and passwords are generated automatically by the Grid.

Export and convert the private key

Now that we have the keystores and the passwords, we need to export the private key from the keystore and convert it to a format supported by Wireshark. For that, we can use the keytool of the JRE to export and OpenSSL to convert, or use KeyStore Explorer that will both export and convert.

Here’s with the keytool (export to PKCS12) and OpenSSL (convert to PEM):

And here’s with the KeyStore Explorer (directly to PEM): 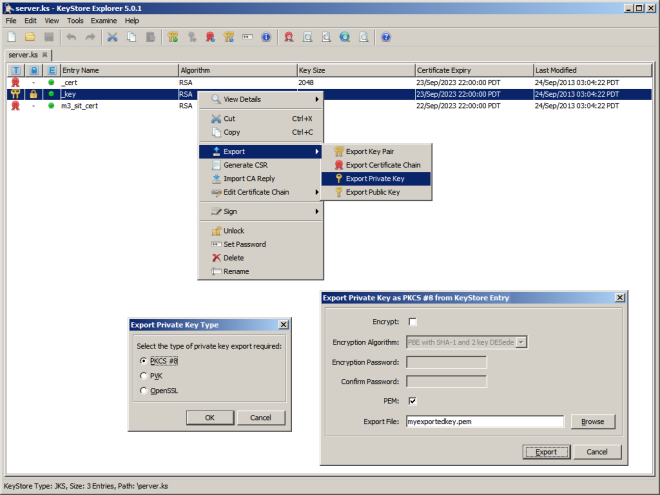 Now we have a file with —–BEGIN PRIVATE KEY—–:

Import the private key in Wireshark

Now we are ready to intercept and decrypt traffic, for example we can go to the Grid Management Pages with HTTPS: 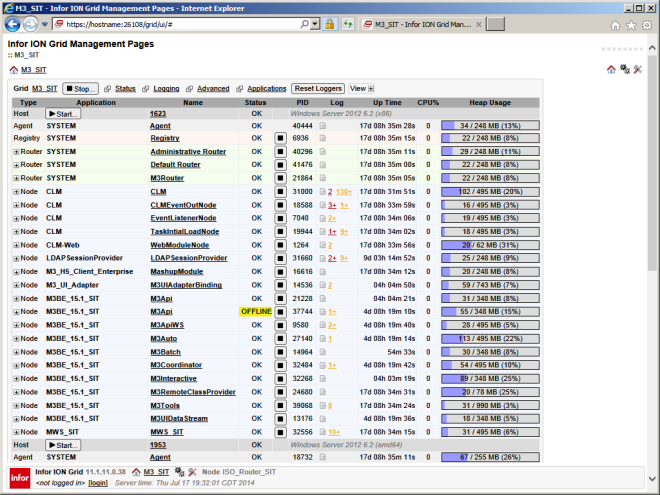 Then we filter for ssl, see the decrypted traffic, the key exchange, and Follow SSL Stream: 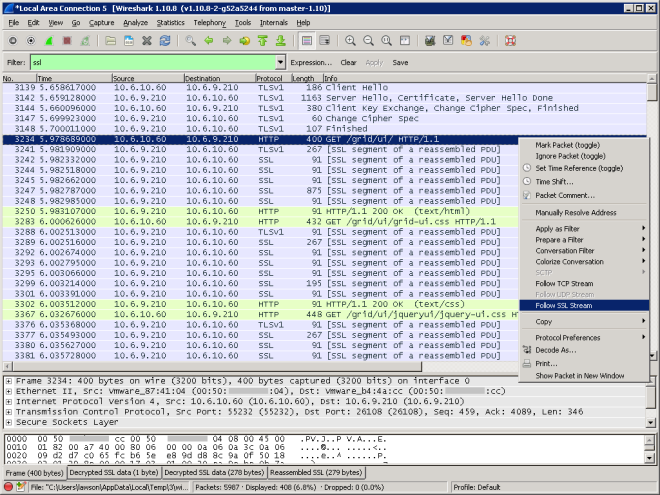 That was a technique to intercept and decrypt network traffic of the Infor Grid using Wireshark and the server’s private keys which is useful for troubleshooting purposes. This technique is only available to the administrators that have access to the servers.

If you know of a simpler technique please let me know.

5 thoughts on “How to decrypt network traffic from Infor Grid”